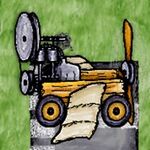 Update 62 was released between March 6 and March 9, 2018. It was a large update, which included the Polar Biome, Gold Veins, Crowns, Dyes, Bear Skin, Cistern, Shallow and Deep Wells, as well as a rebalance of food.

Shallow wells made by using a Shovel on a Stone Pile. Buckets hold the same amount of water as Clay Bowl.