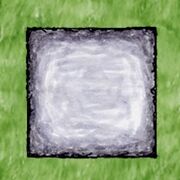 Stone Road is a construction, created by adding a flat rock onto floor stakes. When running on continuing stone road tiles, the player speeds up, and automatically follows the direction the road leads. They can be used to set up speedy routes between far away resources and neighboring towns. It can be removed by using a Steel Mining Pick which will return the flat rock.

Note: It is suggested to only make roads on the edges of towns, since running on roads makes moving more difficult in the middle of town when you need to move short distances.

A Stone Road can be turned into a Landing Strip by adding a Bowl of Plaster. As of v.197 landing strips will no longer decay back into a Flat Rock after 2 hours.